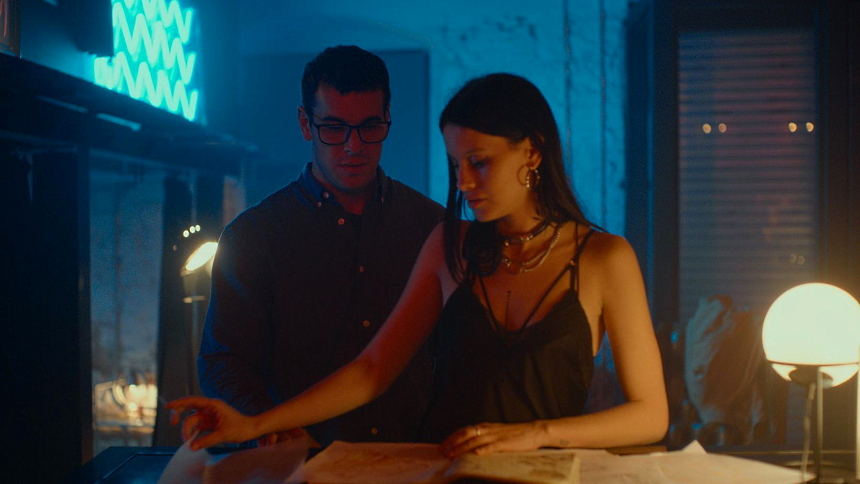 One night out and loosening up a bit after a long, gruelling time of personal anxiety. What could possibly go wrong? Uhmm... a lot.

Sometimes the simplest ideas are the best, provided that they're well executed. Thankfully, David Victori's Cross the Line (released in its homeland of Spain as No Matar├Īs) fully fits in this category. As thrillers go, this story of a descent into an ever bigger mess doesn't bring anything new to the table, but it hits all notes as thoroughly and confidently as a good song does. And Victori's biggest win is in creating empathy for his main character. Because ooooh boy, do we feel for this guy. 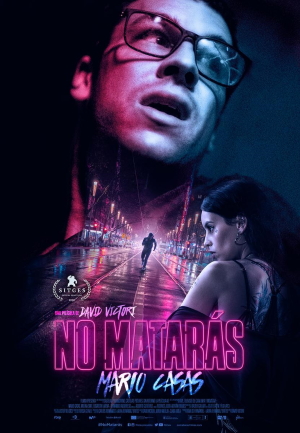 In Cross the Line we follow Dani, a shy and gentle young man who has been taking care of his dying father for the past few years. Now, with his father gone, Dani is shaken and forlorn, looking for a new direction in his life. His sister urges him to follow his dreams, have some fun. And while Dani is reluctant, fun seems to find him through a chance encounter with Mila, a rather wild damsel in distress. Dani chivalrously bails her out of some trouble, and Mila aggressively starts seducing him. Ah, the attraction of opposites... Will crazy Mila show dull Dani there's more to life than sacrificing yourself on behalf of others? Truly, these romantic comedies are all the same.

Except this isn't a romantic comedy, and in this world no good deed goes unpunished apparently. What could have been an eye-opening mutually beneficial one-night-stand quickly turns very, VERY rotten indeed, and before the night is done, a desperate Dani is running for his life. Thankfully he is built like a bouncer, and while meek, he is far from stupid. He still has to go through hell though, and has to make the toughest decisions of his life.

Obviously this film depends a lot on the role of Dani, because any sympathy we feel with him ups the ante for us, the audience. And this is where the film shines, as Mario Casas' performance as Dani is fantastic. Known as a romantic heartthrob actor, Casas manages to make whatever arrogance he has disappear, and his Dani is just so incredibly likeable. At several points I was sitting with clenched fists, hoping he'd pull through without mishap. Director David Victori uses night-time Barcelona to create a lot of mishaps though, and seeing Dani having to navigate through these is incredibly suspenseful. Topping it all is the constant cold gut feeling of a life soured after a bad mistake, and the injustice of trouble finding the least deserving guy possible.

In fact, I'm tempted to go as far as to say Cross the Line is one of the best thrillers of recent times. It's refreshing to see something this well-made, straightforward rather than formulaic, seemingly flashy yet rooted in reality, and without any groan-inducing flaws or inconsistencies. And does the main character cross the line? The film allows for a good discussion afterwards, that's for sure. 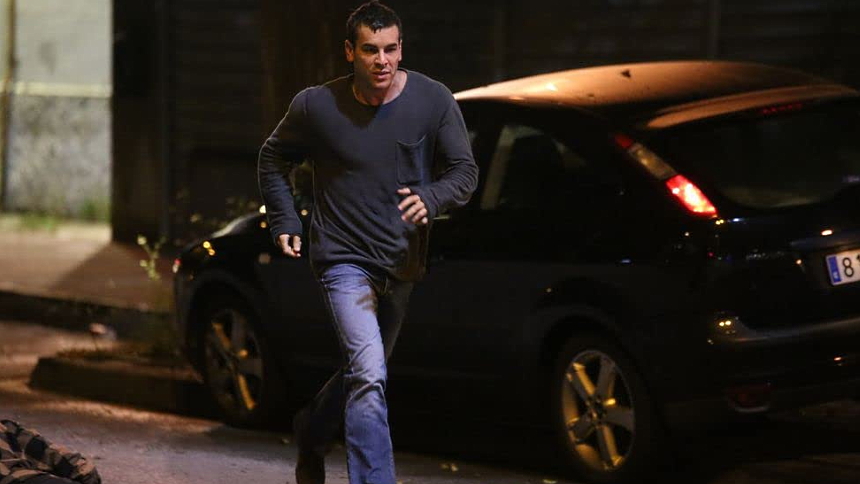 More about Cross the Line

Neuch├ótel 2022 Daily: SOMETHING IN THE DIRT, HYPOCHONDRIAC, SHIN ULTRAMAN