From the 28th of October till the 7th of November, the Vancouver-based Spark Animation festival will be held. This time, in its 13th year, it will be an on-line event only, due to Covid-19 restrictions during the preparations, but that hasn't stopped the festival from achieving quite a line-up of shorts, feature films, commercials, music videos, and the fest will host several conversations with famous directors in its "Legends & Landmarks" section.

Spark Animation is a festival which heralds computer-generated images in all its forms, but as CG is now used practically everywhere, it means the festival can aim wide in sourcing its content and subjects. Being online-only this year is a pity (Vancouver restrictions were lifted too close to the opening date to allow for theatrical screenings) but for anyone not in Vancouver this could prove to be a perk. Quoting the site: "Most of the programming will be available to watch from anywhere in the world, but in a few instances, geographic restrictions are in effect. Program restrictions will be listed at the top of the program description." 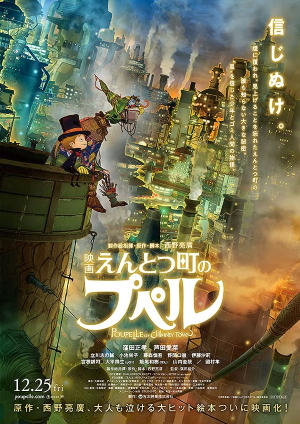 Warning: in the content, some Screen Anarchists can be spotted. Our very own Kurt Halfyard will moderate a talk with director Michael Arias and writer Anthony Weintraub about Tekkonkinkreet's fifteenth anniversary. And Peter van der Lugt and I were allowed to talk for an hour with anime legend Hosoda Mamoru, famous for Belle, The Wolf Children, Mirai, and of course Summer Wars.

So check the link, and see if a festival pass will tickle your fancy!