Review: YAKUZA PRINCESS, Despite the Kills, Excels in Surface Cuts 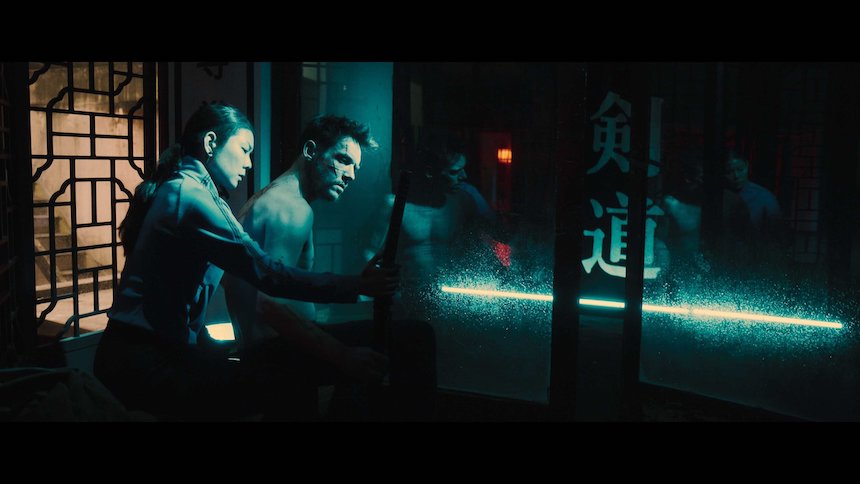 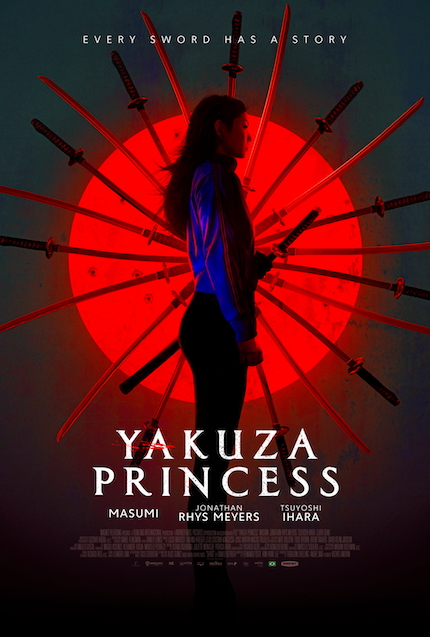 Coming out this weekend in North America, Yakuza Princess is a Filmland Internacional Production and Warner Brothers co-production, in association with XYZ Films. (That means our own Todd Brown is an executive producer on this, and full disclosure: he won't even know I'm writing this review until he sees it.)

Directed by Vicente Amorim (The Division, Motorrad, Good), Yakuza Princess is adapted from the graphic novel "Samurai Shiro" by Danilo Beyruth. I haven't read the graphic novel, so I can't speak to any differences in the film as it pertains to the source material, though I do find it interesting that the title of the work is based on an important, yet different character.

The title refers to titular character Akemi (singer MASUMI, who spells her one name in all caps for some reason). Orphan Akemi lives in Sao Paulo, in the largest Japanese community in the world (outside Japan, of course). She becomes the target of some pretty shady characters who might just be gangsters, and she's got no clue why, but they're violent.

At the same time, a scary-looking dude wakes up handcuffed to a hospital bed, with amnesia and his face all sliced up. Though he can't remember anything about his name or his past, he does remember how to pick a handcuff and in short order, he takes another guy's clothes after walking naked through the hospital, daring anyone to look at him. An elderly lady comes across him in a funny moment, by accident, and this is a pretty great introduction to the mysterious Shiro, played by the always-intense, charismatic Jonathan Rhys Meyers (Velvet Goldmine, The 12th Man, Vikings, The Tudors). Because of the amnesia, we never learn what Shiro's true name is; it's Akemi who calls him this at the very end of the film; I'm just referring to the character as that name, as it's much easier that way.

Another aside: I'd like to thank all of the production companies and studios, the director, writers, and actor for this rare glimpse of male full-frontal nudity in a film that has absolutely zero female nudity, to boot. This may sound trivial, but this is onscreen equality here.

An aside; an exchange between Akemi and Shiro I appreciated goes like this: Akemi: He's just an old man. Harmless. Shiro: (stopping, facing her) There ARE no harmless old men.

Akemi and Shiro intersect when he goes on a quest to find out about the deadly sword he was found holding. Funny enough, the sword was still at the hospital and not impounded as evidence in a police station somewhere, so he was able to find it and take it with him. An aggressive encounter leads him from an antiques dealer to Akemi, and he saves her from some thugs because it's in his best interest. Also, maybe the massive head wound/amnesia has changed his personality to not a total evil guy. We do learn eventually that he was a hitman.

Akemi and Shiro find themselves in a remote area in a turning point in the film, where Akemi learns the secret to her past, or some of it. By the way, the sword that both Shiro and Akemi wield (at different times), is cursed. I'd love to hear about more of that backstory. Speaking of story --- and again, I don't have the original graphic novel for comparison --- there's so many deep themes that are only explored on the surface. They're there for sure, but the characters who supposedly go through shattering emotional events... really kind of don't. I wanted to care for them more, FEEL for them, but the film was not successful in that. That's a shared issue. But hey, it's a cool action film with rad stunts, cool angles, and it looks rad. I just wanted more. I wanted the film to be GREAT, not merely good.

Toshiji Takeshima and Tsuyoshi Ihara are standouts as their characters Chiba and Takeshi, respectively, as older men who play major roles in Akemi's life. Pop stars have varying degrees of success as actors throughout motion picture history; it's clear that MASUMI is trying. Perhaps in time and with more acting training, MASUMI can reach the level of her seasoned co-stars. Her action chops are great, and I wish her luck. It's always wonderful to see a woman lead an action film.

Seasoned cinematographer Gustavo Hadba (who previously collaborated with Amorim on The Division and Motorrad) has shot and lit the film expertly, and the colors are gorgeous, alternating from desaturation to vibrant, neons, ala Blade Runner.

By the way Yakuza Princess ends, it seems like there's plenty of room for a sequel, or even a planned trilogy. I'd love to see the continuing adventures of Akemi and Shiro as they take on the Japanese underworld. It'd be fun to see them fight other criminal factions, as well.

If you'd like to see some ass-kicking fun and a bloody good time, Yakuza Princess opens this Friday, September 3rd in theaters and on VOD via Magnet Releasing. Fingers crossed that there's a sequel that's even bloodier and delves into real emotion. Check out the trailer below.