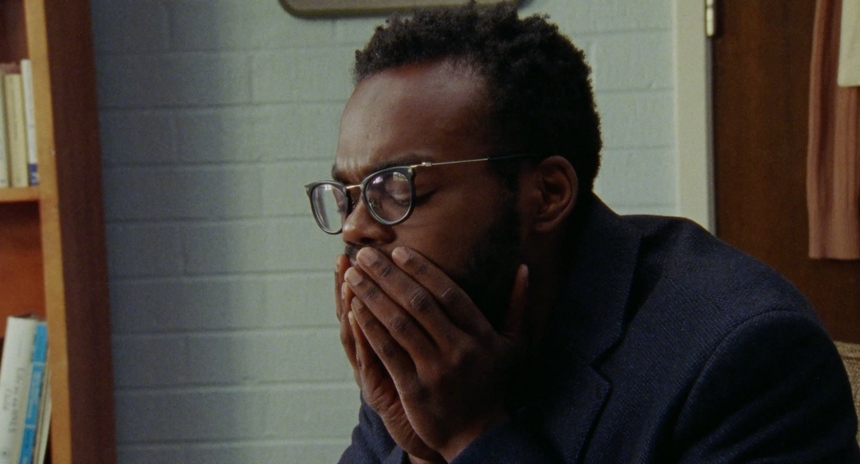 I'm sure our readers are aware of my love of short films. Not only are they great to watch, they are a great way for filmmakers to tap new sources of creativity. Sometimes a story works best in a short span of time, and you can see not only newcomers, but veteran filmmakers and actors stretch their muscles with short film work. If you want to dip your toes into new kinds of cinema (such as experimental or animation), or get a peak at different countries and cultures, short films are a great entry point.

As cinemas slowly open again around the world, the Palm Springs International ShortFest has announced their line-up. And lucky for those in the area, the films will be screened live. Your truly will be serving on one of the juries this year (remotely, sadly, as being in a cinema watching shorts sounds like heaven), and it's quite an impressive programming slate.

With shorts starring the likes of Will Ferrell, William Harper Jackson, Riz Ahmed, Himesh Patel, and more, films by veterans and newcomers, animation, experimental, docs, there is plenty for a film lover to enjoy. There will also be panels and talks for those who want to know more about the industry and making their own short films; several of these are open to the general public, so check the listings to see if you can virtually attend.

More details in the press release below, and a full listing of the films and event on the Festival website. For those who can attend in person, I hope you take full advantage, and I envy you.

The 27th annual Palm Springs International ShortFest returns to hold all of its screenings in-theatre at the Camelot Theatres (Palm Springs Cultural Center) from June 22-28. The festival will screen 49 curated programs showcasing 295 films including 32 World Premieres, 13 International Premieres, 46 North American Premieres and 22 U.S. Premieres. More than 5,500 short films from 104 countries were submitted. The complete line-up and schedule will be available on June 1st at www.psfilmfest.org and a list of films are included at the end of the release.

“As we collectively move toward this next stage together, we feel a strong sense of gratitude to share the 2021 edition of ShortFest in person,” said Artistic Director Lili Rodriguez. “At the center of our plans has been a commitment to this great community of storytellers and moviegoers, and we're excited to make our return to the silver screen a safe and enjoyable one.”

ShortFest Co-Directors of Programming Linton Melita and Sudeep Sharma said, "The entire programming team was blown away by the quality and quantity of amazing films made and submitted during these unprecedented times. We think this program represents the very best work of exciting, bold, and talented filmmakers from all over the world, and we can't wait to celebrate them by sharing their films in a theater with an in-person audience!"

Short films featuring celebrated film and TV actors include Anders T Andersen in The Affected, Pauline Chalamet in After Dark, Spencer Grammer in Beau, Will Ferrell and William Jackson Harper in David directed by Zack Woods, Ellar Coltrane in El Fantasma (World Premiere), Himesh Patel in Enjoy, Flex directed by Matt Porter, Diana Lin in Lonely Blue Night, Riz Ahmed in The Long Goodbye, Maya Moore is the subject in Make Him Known, Charles Rogers in Marvin’s Never Had Coffee, the voice of Jackie Cruz in Nuevo Rico and John Early in The Recorder.

Juried award winners will be announced on Sunday, June 27 from the official selection presenting them with awards and cash prizes worth $25,000 including five Academy Award® qualifying awards.

The ShortFest Forum will also take place from June 22-28, with virtual classes and panels featuring industry representatives, filmmakers and additional guests. ShortFest remains dedicated to providing a space to facilitate connections between creators, industry, and festival audiences. This year’s panels will cover a wide range of topics including building an inclusive set, co-productions and international collaborations, shorts distribution, the documentary landscape, feature distribution, festival strategy, feature film financing, festival programming, pitching, social change and impact filmmaking, transitioning from shorts to features, working with actors, and private roundtables with agents, managers and labs, grants and artist development. A list of industry participants will be announced closer to the event. ShortFest filmmakers will have priority access to the ShortFest Forum. Seven of the panels will be available for the general public, with pre-registration required. Registrations are now open.