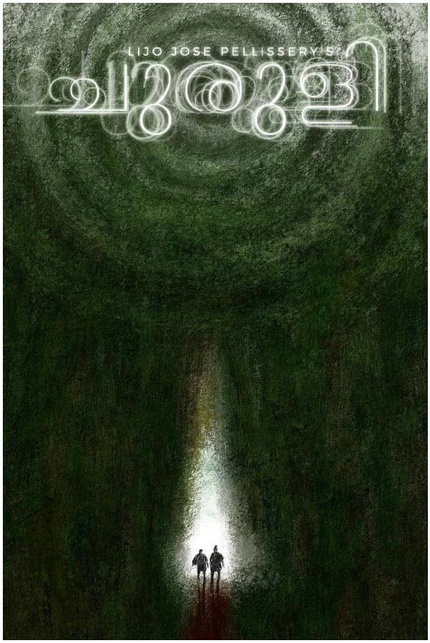 There is perhaps no more exciting talent in India these days than Lijo Jose Pellissery. After toiling away in relative international obscurity since the beginning of the 2010's, Pellissery had a breakout moment last fall when his latest film, Jallikattu, took the Toronto International Film Festival by storm. The tale of a rural Keralan village descending into primitive chaos while on the hunt for a runaway buffalo made waves throughout the festival world, finally bringing a bit of a spotlight to one of the world's great talents who'd struggled to get noticed by non-Indian audiences.

Pellissery's last four movies have all found spots in my top ten of their respective years, but attempting to direct a powerful enough light on them was more than just one outlet could manage. Hopefuly, with the success of Jallikattu (now available on Amazon Prime video), people will go back and discover some of his older work like the brilliant Angamaly Diaries (Netflix), his wacky 2015 heist film Double Barrel (Amazon Prime), and my personal favorite, Ee. Ma. Yau. (Amazon Prime).

Today we finally get a peek at Pellissery's next film, a dark thriller titled Churuli. In the trailer, Pellissery takes his cast back into the jungles of Kerala, which have proven fruitful over the last several years for him and other Malayalam filmmakers. A group is on the hunt for a forest demon, while a folktale is narrated over the top of their adventure. The trailer is packed with energy and showcases some of Pellissery's regular collaborators both on screen and off.

Churuli stars regular writing partner and performer Chemban Vinod Jose (Ee. Ma. Yau., Jallikattu) who took on the role of producer alongside Pellissery for thsi one, as well as Joju George, the star of recent Venice alumnus, Chola, directed by Sanal Kumar Sasidharan. The film was adapted by S Hareesh, who wrote Maoist, which was the basis for Jallikattu, and is co-produced by Naushad Salahudin and O Thomas Panicker, who both worked on Jallikattu as well.

Very little gets me more excited these days than new work from Pellissery, and this is no exception. I've been privvy to a small bit of footage from the film not shown in this trailer and I have to say, it looks amazing and I can't wait to see the finished product.

With the uncertainly of the film and theater business these days, there are no solid release plans yet, but I'd expect that we'll hear plenty more in the coming months.

(Helpful hint for the captions: Click on the "Malayalam" option for English subtitles)