Review: SUMMERLAND, All Is Bittersweet and Tidy on the Homefront 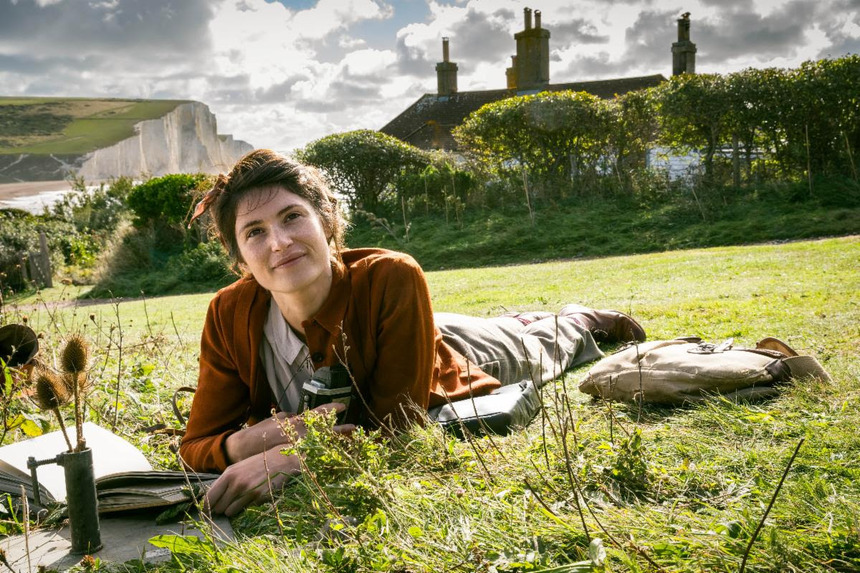 It never ceases to amaze me, how the British can still find stories to tell that are about, or at least set during, the Second World War. The nostalgia for what was a horrific time continues unabated, with their rose-coloured glasses believing that this era on the home front, of bombings, children being fostered out to the countryside, of women alone and struggling to make ends meet, was somehow good for and solidified the British character. But perhaps one thing it can be good for, is exploring stories of those whose lives were ignored or worse, marginalized groups who many would like to believe didn't exist at all, of if they did, were told to stay in the shadows.

Renowned playwright and theatre director Jessica Swale's first feature, Summerland, is a mostly standard period drama, set on the home front, with likeable characters, beautiful cinematography, and and an enjoyable if somewhat predictable story. Its determination to be sweet and likable might have pushed it towards banality, if not for strong performances, and its focus on an interracial lesbian love story, not often seen in period films.

It's the early 1940s, and Alice (Gemma Arterton) is an already curmudgeonly young woman, living in a house on the edge of a cliff in Kent, having as little to do with the nearby as village as allowed (they all think she's a witch anyway, as all single woman of a certain age are), and she loathes children. But somehow, she's been chosen to look after Frank (Lucas Bond), a young boy whose father is a pilot fighting on the front in Europe, and whose mother's new Ministry job means she must stay in London, where bombs are frequently dropping. Alice tries to give him back but the local school principle (Tom Courteney) to no avail.

Alice has her ownwork, studying the scientific basis for the folklore, especially the legends of floating islands: visions seen by travelers out to sea, one of the coast of Kent. She doesn't want Frank getting in the way. And his presence has brough back memories of her great love Vera (Gug Mbatha-Raw), whose desire for motherhood eventually outweighed her love for Alice. But of course, Frank's a sweet if shy boy, very interested in her work, and doesn't make much noise or mess. So of course, eventually, she and Frank begin to bond, after he claims to have seen one of the islands floating off the coast. You could set your watch by the development of their bond.

The reproduction of the era in production design, score, and costume design of the film is impeccable, Too impeccable; even the messiness, such as Alice's constant loosely-ties head scarves, the dust on her shelves, the askew of her books and objects, is perfect. This is the expected style from a British heritage film, one which evokes the home front spirit; even if people argue or dislike each other, they're all in this together. (I expect many women living alone by choice, whether lesbian or not, suffered a great deal more from discrimination than the story would suggest; but I appreciate that Swale is trying to move the heritage film into modern times, telling the stories of those too often forgotten in the official histories.

The story of Alice's work, the Summerland where the dead go, and the mysterious floating islands she seeks, make a lovely, sad, yet very safe image to understand and explain grief over the loss of a loved one. The idea that folklore has scientific/reali-life origins is not a new one, but it gives a glimpse into an idea of the world still operated even as the war was going on, and gives the film a family-friendly appeal.

Luckily, the cast is full of charm and fun. Arterton really is an unsung heroine of British acting, she makes what in other hands would be the annoying soon-to-be spinster into a woman we want to be; her chemistry with Mbatha is perfect (of course), and Swale handles their relationship nicely, focusing more on their personal conflicts, knowing we would already be well aware of the wider, political ones. Rounding out the cast with strong talent like Courteney, Amanda Root, Penelope Wilton, and Siân Phillips, allows us to slip comfortably into this world.

If you're a fan of period dramas, then Summerland will feel like having your favourite comfort food for dinner, with a few glasses of wine and maybe something daring for dessert. You know most of what's coming, but it's expanding your palette a bit for some added flavour.

Summerland will be released by IFC in the USA on July 31st, in limited theatrical and VOD/Digital.