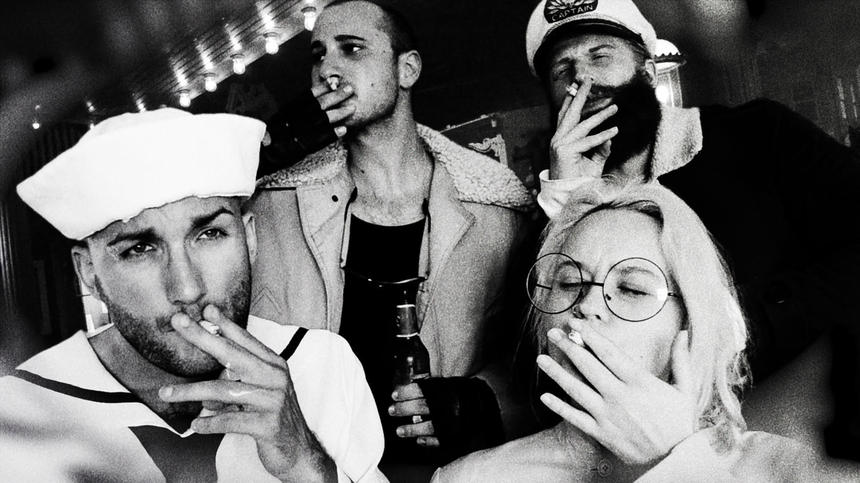 It's nearly August, and Arrow Video's streaming channel has announced their newest addition to an already stellar lineup. As such, they've decided to celebrate one of their contemporary acquisitions by sharing this exclusive clip from Ryland Brickson Cole Tews' The Lake Michigan Monster. The film, which follows a ragtag team of adventurers as they attempt to find the legendary aquatic beast, is a stylistically exciting mix of lo-fi indie filmmaking reminiscent of the works of both Guy Maddin (My Winnipeg) and Larry Blamire (The Lost Skeleton of Cadavra). In the clip below, we get our first introduction to the men and women assigned to this monumental task.

Synopsis:  On the shores of Lake Michigan, the eccentric Captain Seafield enlists a colourful crew of misfits in a bid to slay the hellish sea monster that prowls the murky depths. But as Seafield's obsession with exacting revenge on the creature that killed his father threatens to consume him, can weapons expert Sean Shaughnessy, sonar whiz Nedge Pepsi and former N.A.V.Y. (Nautical Athletes and Venture Yunit) officer Dick Flynn hold the show together?

Along with The Lake Michigan Monster, the Arrow Video Channel will also be adding the following titles on August 3rd: The Comic (UK/US), The Black Report (UK/US), Black Test Car (UK/US), the uncut version of Argento's Tenebrae (UK), The Untamed (UK), Stephen King's Children of the Corn (US), Inferno of Torture (UK/US), and The Case of the Scorpion's Tale (UK/US).  The Arrow Video Channel is available on Apple TV in the UK and US, as well as on Amazon in the UK.