Trailer: The Talking Bear Isn't Real, Or Is It? Arya Stars In Action Fantasy TEDDY 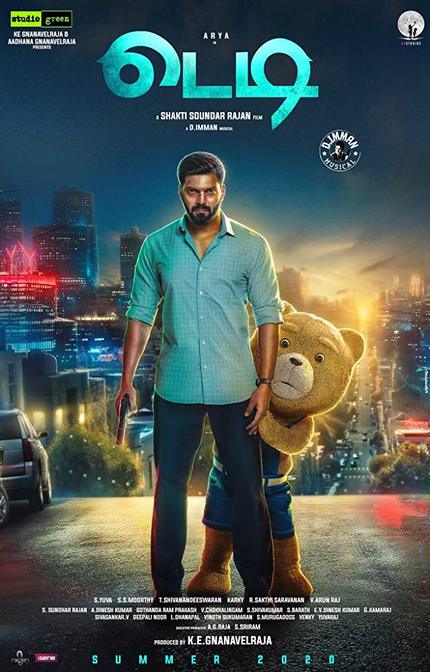 Miruthan and Tik Tik Tik director Shakti Soundar Rajan is back with his latest wildly out-there feature in Teddy. Starring Arya, who cult film fans might know from his starring role in Bala's film Naan Kadavul (I Am God) where he played a cannibalisitic ascetic Aghori attempting to make it back to civilized society.

There isn't anything online about the plot of Teddy just yet, but this trailer gives us a ton of action mixed with extremely broad comedy and a hint of Mark Wahlberg's Ted in the mix. Whatever it is, it looks fun and I am into it.

Director Rajan is well known for pushing the envelope with high concept ideas in Tamil cinema, especially with his 2016 genre fest hit Miruthan, a zombie musical action comedy, and then its follow up, Tik Tik Tik, which was one of India's first films with large sections set in space in which a magician attempts to steal a nuclear weapon in order to destroy a potentially apocalyptic asteroid heading for India.

With a solid track record of take big swings that mostly connect, any new project from Rajan is definitely one to look out for. No release date just yet, but we expect it in the next couple of months. Check out the trailer for Teddy below.