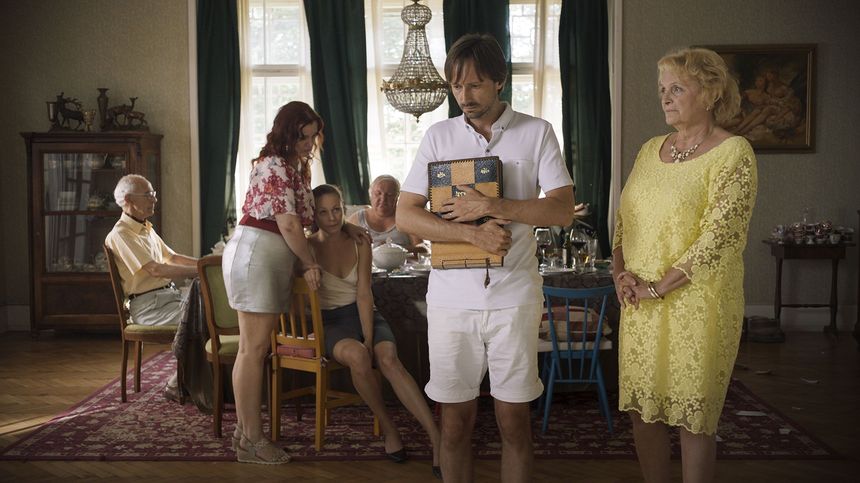 Slovakian filmmaker Mira Fornay returned on the ground of the International Film Festival Rotterdam after her winning-bow in the main competition. Fornay won the award in 2013 for her realist drama depicting one day in the life of a young skinhead, My Dog Killer, foreshadowing the rise of right-wing extremism. Moreover, she was commissioned by the festival in 2016 to shoot a short film Gardeners where the topic of My Dog Killer still resonated.

Fornay´s latest long-awaited oeuvre Cook, F**k, Kill made in the Czech and Slovak co-production (the domestic title being Frogs With No Tongues) marks a major departure in the form and substance while preserving the realist style of her previous works (Tomáš Sysel who lensed her feature works stood again behind the camera).

Domestic violence, physical and emotinal, on women defines the leading topic. While the film can be labeled MeToo-era kind, it was being written and developed before the height of sexual-abuse allegations sparked by the Weinstein controversy. 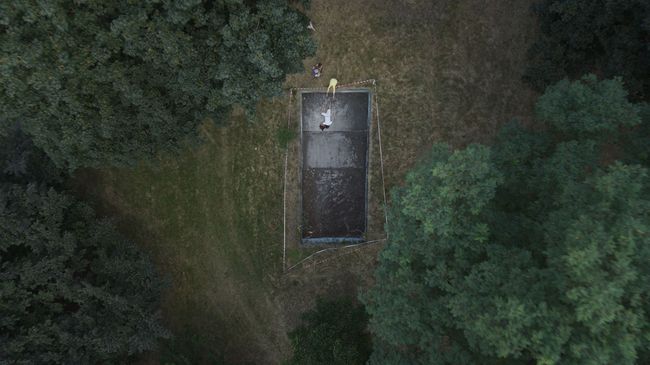 The absurdist drama doubling as a black and symbolistic comedy opens with a meek even wimpy protagonist Jaroslav K. (a clear allusion to the immortal Josef K. of Kafka´s The Trial) attempting to get on a property where his kids are supposed to be hiding.

It´s a family house, granny stands behind the fence but Jaroslav is still rambling, rather deliriously, about getting the gate open in order to save the kids. The gate will be open only if the Jaroslav gets the key, he will get the key only of the house on the property will be transacted to his wife, which will happen only after other members of Jaroslav´s family do other tasks to other members in a strange string of conditions and must-dos.

Dazed Jaroslav rushes to an apartment where his mother is living with his father-in-l(ove)aw in order to persuade his mother to his sign the house to his wife. Equally, odd scene unfolds in a kitchen of the brutalist apartment where his mother asks that a meal should be cooked by her ex-husband, Jaroslav´s father, in order to pass the house legally to Jaroslav still invisible wife while a couple of pejoratives were already hurled her way in the presence of her father. Verbal exchange, odd proclamation, provocation, altercation, an allergic reaction, a dead body, and materialization of Jaroslav´s wife, a policewoman, on the fresh crime scene follow in a dramatic escalation.

The plot description is futile, it does not make sense, certainly not in the partial recollection and retracting of Jaroslav´s steps and actions. The narrative in My Dog Killer is structured fairly linearly being framed into a single day and while a single day is a larger narrative unit for Jaroslav´s exploits, Cook, F**k, Kill is more formally adventurous and experimental. Not only in comparison to Fornay´s previous works, but in the large context of the Central European cinema. It is certainly Fornay´s the best and the most challenging work to date.

Cook, F**k, Kill stands on the crossroads of theatre and cinema uniting different traditions from both forms. Dialogues, characters' interaction echo substantially the theatre of absurd (the director referenced Edward Albee during the development of the film) while the directing and acting seem to be influenced by several ideas from Bertold Brecht´s textbook. Moreover, Fornay reaches deeper into the theatrical inventory when it becomes apparent that a female crowd from a local grocery shop following the protagonist is actually a Greek chorus lifted from Antique tragedy. 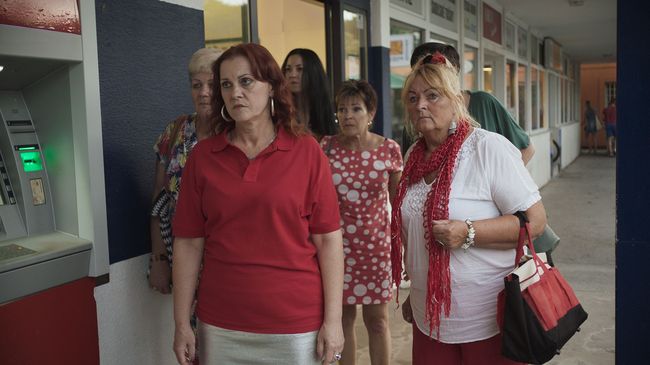 Jaroslav K. relives repeatedly the same day, unlike Phil Connors in Groundhog Day, by his own choice. Being wedged between Groundhog Day and Run, Lola, Run, Cook, F**k, Kill ventures to the different territory of time-loop structure and puzzl(ing)e films by virtue of the film´s philosophy.

Fornay revealed the film has been influenced by videogame conventions. Certainly, Jaroslav K.´s mantra of an array of tasks to be done in order to achieve the ultimate quest bears resemblance to the structure of classic point-n-click adventure games. However, the crucial aspect of videogame influence stems from a respawn capability enabling the player basically limitless do-overs.

A possibility to revisit the same events and alter decisions hoping for different outcome brings to memory the videogame Life is Strange where rewind, a time manipulation ability, serves as a crucial gameplay element. Ultimately, the adoption of videogame formalism and codes manifest implicitly, even rather conceptually, as the time-loop narrative design has much closer to psychoanalytical fantasies than actual gameplay. Furthermore, repetition emerges as a commanding motif, mechanism and a building principle of the story´s structure, vicious circle of abuse being just one aspect from the inventory of recurrence.

The gradual development unearths additional pieces of the narrative puzzle the film and Jaroslav´s story is. The leading character, as it turns out, is anything but a wimp and he turns out to be a malicious persona driven by jealousy and rage.

The cryptic narrative reunites topics of domestic violence, abuse and family dysfunction along strong motifs of prison and a family as a system producing twisted individuals. Inter-generational angst bubbles up as Jaroslav blames his parents for the way he is because they were expecting a girl. 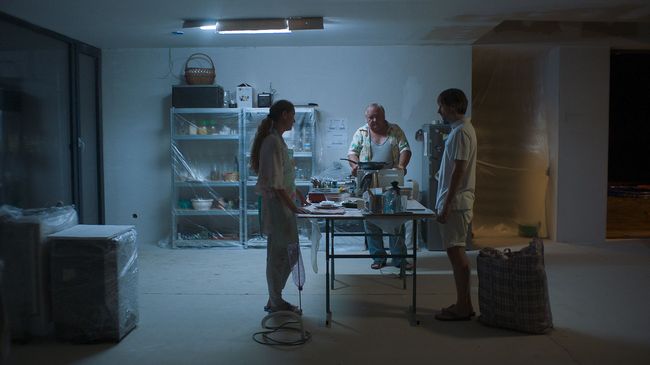 Irreality slithers throughout the whole narrative of Cook, F**k, Kill where characters are driven by subconscious urges, Eros and Thanatos as two agents in a rich mélange of emotions and animalism in what is essentially a psychoanalytical fable.

The docu-realist cinematography and staging steer the film from Lynchian freakshow into bizzaro poetics of the Greek New Wave. Cook, F**k, Kill is the script Efthymis Filippou never wrote but could have. The shortest and succinct description of Cook, F**k, Kill would be Yorgos Lanthimos gone Central Europe dipped in symbolism of unconsciousness of Alejandro Jodorowsky´s psychomagical realism.

Fornay´s latest film Cook, F**k, Kill is an original and fearless vision and formalistically idiosyncratic work, unsettling without being didactic, topical and timeless while addressing a pathology inherited within the society, eerie fatalism infused by dark humor.

Do you feel this content is inappropriate or infringes upon your rights? Click here to report it, or see our DMCA policy.
CookCzechiaF**kIFFR 2020KillMira FornayRotterdam 2020Slovakia