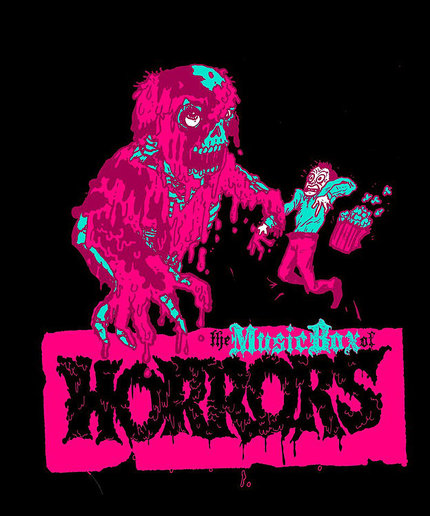 Traditionally, 24-hour horror marathons are like a combination of pilgrimage and party. The better curated they are, the more those two elements can play off each other, and build the sort of community that makes them special.

They don't get much better curated than the Music Box of Horrors taking place this Saturday, Oct 19, and Sunday, October 20, at Chicago's own Music Box Theater. Over the last few years, they've perfected the combination of guests and era-spanning programming that offers something for every kind of horror fan.

I've noticed that part of Music Box curation style is letting people know ahead of time what format their films are in. Big thumbs up. It also doesn't hurt that they tend to mention if a particular print is in less than perfect shape. Film fans can be pretty forgiving but it gets old trotting out to one event after another only to find out that the film you really wanted to see looks like it was run through a bleach bath.

This year the event features nine films in 35mm, including the rarely seen Office Killer (1997), sourced from the UCLA Film and Television Archives, and the underrated and criminally underseen Retribution from director Guy Magar's personal archive. Rounding out the formats are a 16mm print of Let's Scare Jessica to Death (1971), DCPs of Buffy the Vampire Slayer (1992) and Tsukamoto Shinya's Tetsuo: The Iron Man (1989) and the lone Blu-ray entry, Bloody Muscle Body Builder in Hell (1995-2012). Blu-ray?! Before you turn up your nose, you should know this is a definite highlight of the program. Often called the Japanese Evil Dead, it's an hour long gory spectacle that must be seen to be believed.

Guests include director John Hancock, who will take part in a post-screening Q&A of Let's Scare Jessica to Death, which has grown steadily in reputation over the last few years and gets a stellar Blu-ray debut from Scream Factory in January 2020. If you've never seen Jessica, just know it's a masterpiece of 70s dread, featuring a heart breaking performance from lead Zohra Lampert.

Director Neil Marshall will also be on hand for a Q&A after the screening of Dog Soldiers (2002). Often heralded for his ultra-tense The Descent (2005), Marshall doesn't get nearly enough attention for Dog Soldiers. Its mix of practical werewolf effects and stock GI Joe type characters is surprisingly complex in the way it approaches female characters and toxic masculinity.

Other highlights this year include live organ accompaniment to a screening of The Man Who Laughs (1928), and a short tribute to genre hero Larry Cohen, who passed away just this last year.