A GENRE OF ONE: THE CINEMA OF BONG JOON HO: Retrospective Program in L.A. Highlights Korean Master`s Filmography

Andrew Mack
Editor, News; Toronto, Canada (@Mack_SAnarchy)
Tweet Post Submit
Oh you lucky, lucky people in Los Angeles. What we wouldn`t do to be in Los Angeles at the end of the month for this special treat, a retrospective program of some of Bong Joon-ho`s cinematic masterpieces. Damnit, Los Angeles, you suck!
American Cinemateque and the Korean Cultural Center are presenting four night of Korean cinema greatness. The man himself will be in town and will attend screenings of his latest flick Parasite, currently storming cinemas here in North America, and the incredible The Host and Mother the following night. The back half of the program includes screenings of Snowpiercer, Barking Dogs Never Bite, Okja and ending on a positive note with Memories of Murder. Incredible!
The complete press release is below. Ticket information is here.

AMERICAN CINEMATHEQUE AND KOREAN CULTURAL CENTER, LOS ANGELES PRESENT
A GENRE OF ONE: THE CINEMA OF BONG JOON HO
A COMPLETE FEATURE RETROSPECTIVE OF BONG JOON HO’S WORK TWO DECADES IN THE MAKING
Co-Presented with the Korean Cultural Center, L.A., Oct. 30 to Nov. 2, 2019
American Cinematheque is proud to present A GENRE OF ONE: THE CINEMA OF BONG JOON HO, a complete feature retrospective of BONG JOON HO’s work two decades in the making.  The series will take place at both the Egyptian Theatre in Hollywood and the Aero Theatre in Santa Monica from Oct. 30 to Nov. 2, 2019.  Co-presented with the Korean Cultural Center, Los Angeles, as it celebrates 100 years of Korean cinema, the internationally renowned writer/director will showcase his work and participate in an in-person Q&A at both venues.  Films to be featured include THE HOST, OKJA, SNOWPIERCER, BARKING DOGS NEVER BITE, MEMORIES OF MURDER, MOTHER and the critically acclaimed PARASITE (99% on Rotten Tomatoes).
BONG JOON HO’s PARASITE has pushed boundaries, becoming the first Korean film to win the Palme D’Or at the Cannes International Film Festival. It set several box office records in the U.S. since its opening just this past Friday, including the highest per screen average of 2019 and ranking as the 17th highest per screen average of all time (8th highest among all live-action films).  PARASITE earned the title highest per-screen average for a foreign language film of all-time.  The film has already amassed over $90mm worldwide.
“PARASITE is the perfect hallmark to celebrate 100 years of Korean filmmaking and we are thrilled to host a full retrospective of BONG JOON HO’s masterful 20 years of cinema,” said Grant Moninger, American Cinematheque Film Programmer.
“Director BONG is a cinematic mastermind who has amazed audiences around the world for nearly two decades with his innovative stories and singular vision,” said Wijin Park, Head of the Korean Cultural Center Los Angeles. “It is an honor to present his latest revelation, PARASITE, and his astonishing body of work to mark the 100th anniversary of Korean film history.”
Known for his cutting, socially incisive wit and twisting of genre conventions, Korean-born filmmaker BONG JOON HO has continually raised questions about modern institutions and the inequities of society with his unique blend of humor, emotion and suspense. In this sense, PARASITE is both highly characteristic of BONG JOON HO's work, while at the same time evolving to a new level. The Palme D’Or-winning tragicomedy implants an unemployed family of four, one by one, into a wealthy household and the sparks fly from there. “For people of different circumstances to live together in the same space is not easy,” notes the director. “I think that this film depicts the inevitable cracks that appear when two classes brush up against each other in today's increasingly polarized society.”
The seventh feature film from BONG JOON HO, PARASITE provides thought-provoking social commentary in pulpier genre trappings that range from horror and sci-fi to crime thrillers. Among other titles that thread that needle - SNOWPIERCER also concerns itself with class struggle, though it’s set on a post-apocalyptic train ride across a frozen Earth. The havoc-wreaking river beast of THE HOST makes it nominally a monster movie, but the heart of the film is the human family that races to save one of its own. The strange creature OKJA similarly provides a platform to look at bioengineering and our relationship to the rest of the food chain.
BONG JOON HO doesn’t need fantastical elements to upend audience expectations; his films combine dark comedy, empathy, and tension in wholly unpredictable combinations, making for a particularly dynamic viewing experience even when the setting is mundane. Feature debut BARKING DOGS NEVER BITE takes place in an apartment complex and centers on an out-of-work teacher – whose aversion to dogs reaches epic proportions. The title character in MOTHER is quite ordinary until the murder charge against her son pushes her to extreme measures. At first glance the serial killer tropes of MEMORIES OF MURDER look familiar until the unorthodox methods of the detectives on the case take the story into uncharted territory. While the work of BONG JOON HO resembles contemporary films, it is really a genre of its own.
In conjunction with the complete retrospective of BONG JOON HO’s feature films, the Korean Cultural Center Los Angeles and the American Cinematheque are proud to present a twelve piece exhibit in the Shield’s Gallery of the Egyptian Theatre featuring the works of South Korean artist Jung Jae Hoon (aka Zibezi), whose original painting “Parasite” is featured prominently in BONG’s latest masterpiece. In recent years, Zibezi, a self-proclaimed “outside artist,” has made a major splash in the intersecting worlds of art and fashion, and has created over 100 artworks that attempt to “draw a new world out of existing forms and frameworks.” His online gallery and store can be found on his website at https://zibezi.com/
For purchase tickets, visit AmericanCinematheque.Com. 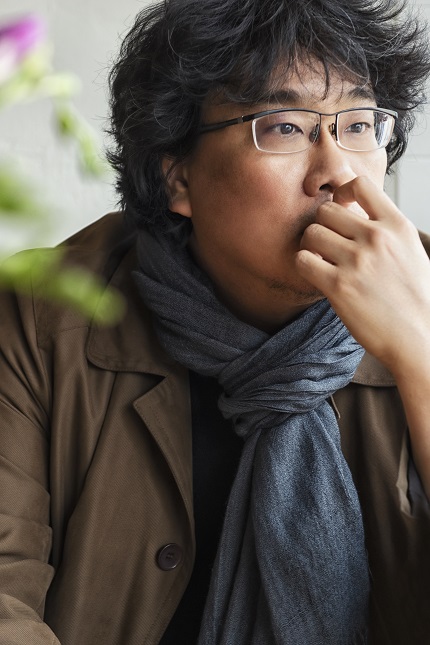 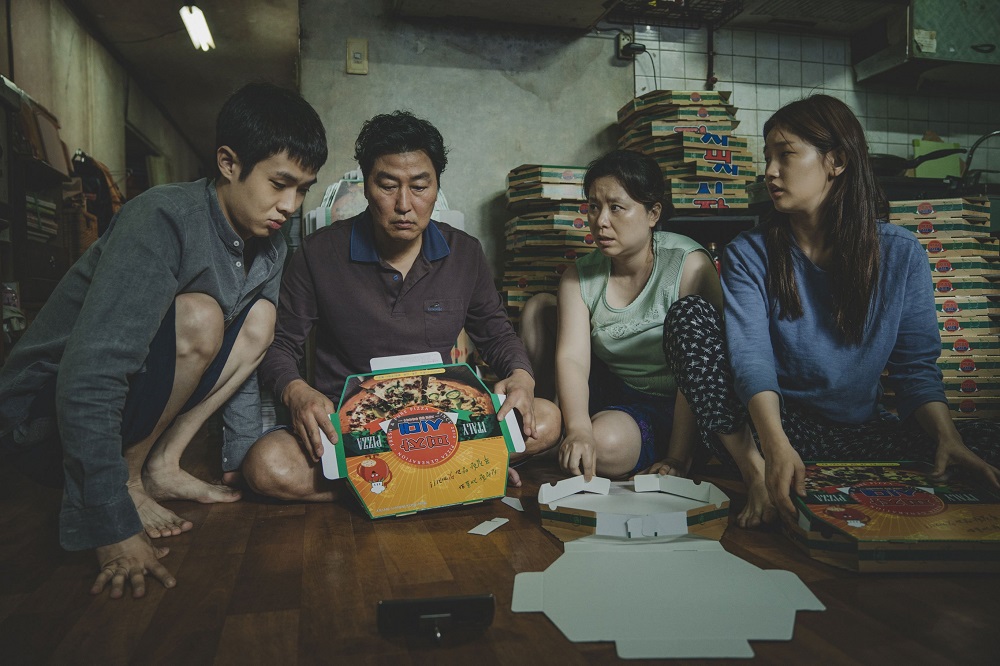 PARASITE (GISAENGCHUNG), 2019, Neon, 132 min. Dir. BONG JOON HO. When Kim Ki-woo (Woo-sik Choi) agrees to take over the position of English tutor for the daughter of a wealthy family from his friend Min-hyuk (Seo-joon Park), the stage is set for an epic showdown as class warfare meets black comedy, with the stakes deadlier than you could ever imagine. Working with some of the most outstanding actors in South Korea, writer-director BONG JOON HO (SNOWPIERCER, OKJA) crafts a brilliantly layered world filled with outstanding gasp-out-loud moments. An intricate blend of bravura sequences, stellar character work and narrative twists, PARASITE was the Palme d'Or winner at the 2019 Cannes Film Festival. In Korean with English subtitles. Discussion following with director BONG JOON HO. Special Ticket Prices: $15 General, $13 Cinematheque Members. No vouchers. 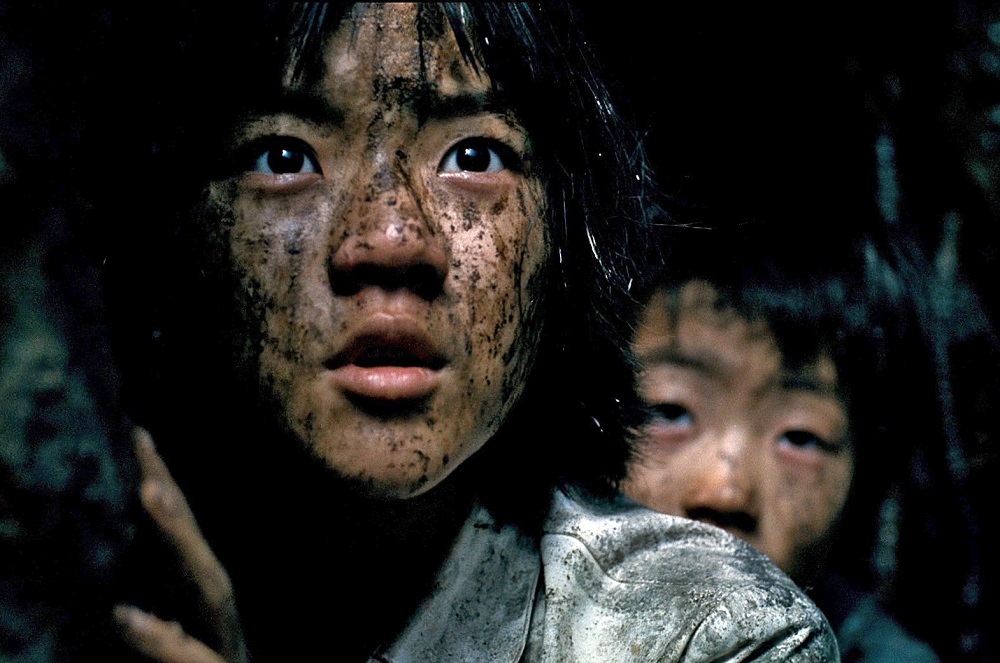 THE HOST (GWOEMUL), 2006, Magnolia Pictures, 120 min. Dir. BONG JOON HO. Much more than just a monster movie, BONG JOON HO’s third film spans the intimate and the epic, the personal and the political, in a fantastical tale about the lengths to which a family will go in recovering one of its own. Due to the negligence of a U.S. military installation, an amphibian beast emerges from the Han River, wreaking havoc on city residents and abducting the daughter of riverfront vendor Park Gang-du (Song Kang-ho). With the help of his elderly father, listless brother and archery medalist sister, Park races against time for save the girl while government authorities concoct their own, ecologically reckless means of vanquishing the creature. “A loopy, feverishly imaginative genre hybrid.” – Manohla Dargis, The New York Times. In Korean and English with English subtitles.

10th Anniversary! MOTHER (MADEO), 2009, Magnolia Pictures, 129 min. Dir. BONG JOON HO. In a small South Korean town, an intellectually disabled man (Won Bin) follows a young woman (Moon Hee-ra) down an empty street at night; when the woman is found dead the next morning, authorities summarily charge him with the murder. Only the man’s mother (Kim Hye-ja), an unlicensed acupuncturist, is convinced of his innocence. As she pieces together the night of the murder and the cast of characters surrounding it, no measure seems too drastic to protect the son whose condition she has always lamented. Starkly shot and arrestingly unpredictable, MOTHER stretches parental love to its extremes, tempering violent impulses with BONG’s characteristic flashes of humor. In Korean with English subtitles. 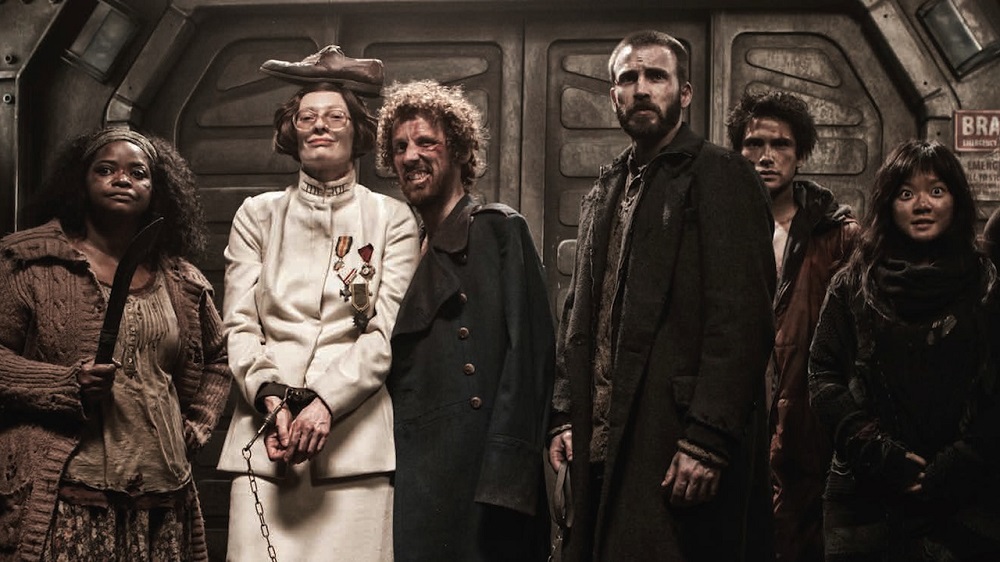 SNOWPIERCER, 2013, Swank Motion Pictures, 126 min. Dir. BONG JOON HO. One of the most dazzling visions of our dystopian future since Ridley Scott’s BLADE RUNNER, this sci-fi thriller takes place on a train carrying the last survivors - Chris Evans, Ed Harris, Tilda Swinton and Octavia Spencer among them - of a manmade environmental catastrophe. But a rigid class structure has been imposed on the passengers, leading to a bloody rebellion.

BARKING DOGS NEVER BITE (FLANDERSUI GAE), 2000, Magnolia Pictures, 110 min. Dir. BONG JOON HO. A mix of gallows humor and character-driven chaos, BONG JOON HO’s directorial debut stars Lee Sung-jae as a jobless academic living in an apartment complex. Driven to the brink by his demanding wife and by the persistent sound of a barking dog, he resolves to rid the complex of noisy pooches wherever he finds them. Faced with the disappearance of one beloved pet after another, the complex’s unassuming bookkeeper (Bae Donna) finds herself under pressure to uncover the culprit. Smartly satirical in its depiction of confined living, BARKING DOGS NEVER BITE both shocks and delights with a tale of two unfulfilled people and the surreal series of events that bring them into collision. In Korean with English subtitles. Discussion between films with director BONG JOON HO. Special Ticket Prices: $15 General, $13 Cinematheque Members. No vouchers. 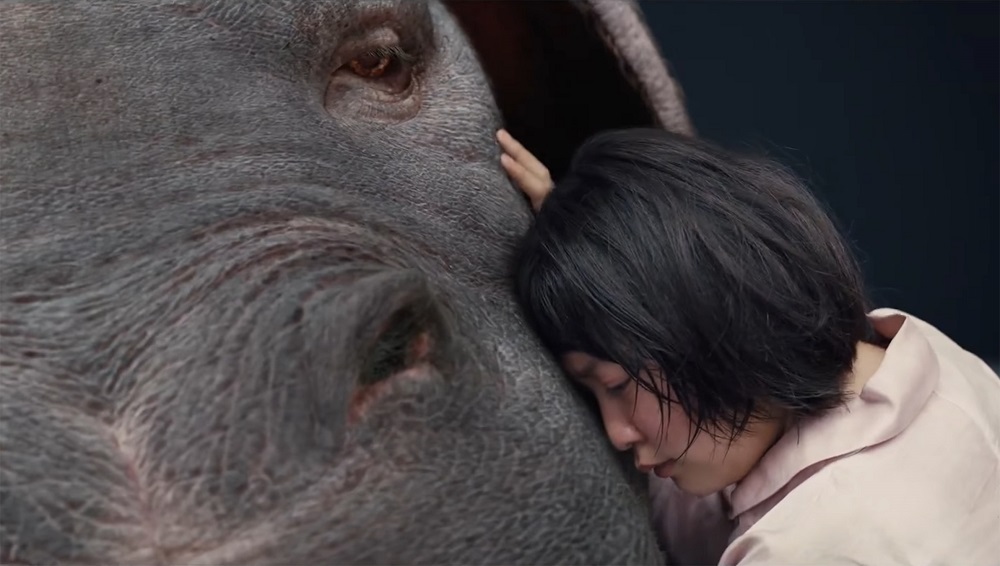 OKJA, 2017, Netflix, 120 min. Dir. BONG JOON HO. A decade after biotech CEO Lucy Mirando (Tilda Swinton) launches a contest to raise the world’s finest genetically designed “super pig,” South Korean farm girl Mija (Ahn Seo-hyun) learns that her super pig, Okja, has won the title. When Okja is hauled off to be exhibited in New York City, Mija undertakes a rescue mission that puts her in league with the Animal Liberation Front – and into the clutches of the profit-minded Mirando Corporation. An imaginative adventure with friendship and humanity’s nearsightedness at its center, OKJA is a moving reminder that courage can take small forms. In English, Korean and Spanish with English subtitles.

MEMORIES OF MURDER (SALINUI CHUEOK), 2003, Palm Pictures, 132 min. Dir. BONG JOON HO. Inspired by the first serial murders in South Korea’s modern history, this engrossing crime story is marked with textural richness and tonal finesse. After two women are found raped and murdered in quick succession, rural detectives Park and Cho (Song Kang-ho and Kim Roi-ha) are tasked with finding the killer. Their crude methods ill-suited to the task, the pair are soon joined by an urban detective who proposes to solve the case by subtler means. Gripping throughout and laced with the humor of a bumbling cop routine, MEMORIES OF MURDER invites surprise up to its final frame. In Korean and English with English subtitles.