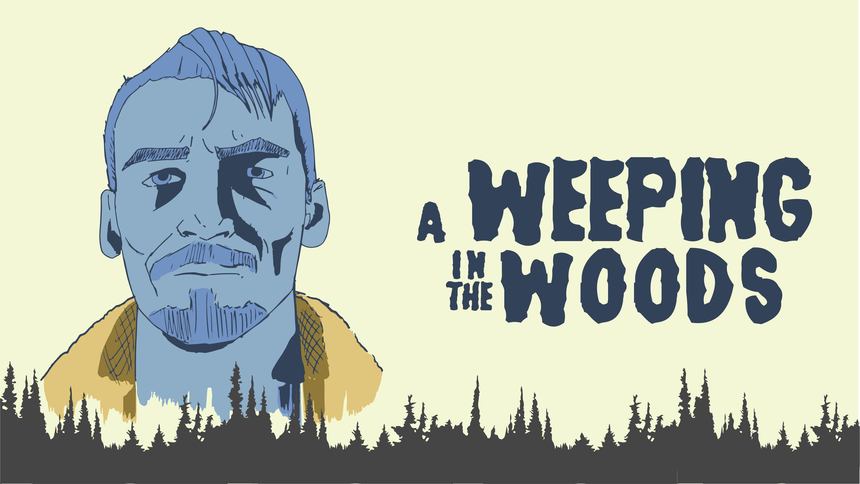 A Weeping in the Woods

A distraught gas station attendant checks-in to a filthy motel and begins to hear whispers coming from behind the curtain.

A Weeping in the Woods is essentially a character piece, with the backdrop of classic atmospheric horror. It all started as a short story I’d written fresh out of college. I was confident in the story and wanted to produce it as a feature. This short film is intended to lead audiences into wanting more,  and to ask more questions than get answers. You follow Warren, the main character for the entire film, because the story is his experience. If his perspective warps or he is fed lies, the audience will be just as convinced as Warren is that everything is not as it seems.

Creating this short was the biggest challenge I have ever faced. I wanted to push myself and make something I would look back on years later and be proud of. Although, that was not my only agenda. Ever since I was a freshman in high school, I’ve maintained the same life goal of making a feature film. Before I even started production on this short, I was intending for it to be a feature. Pitching a story told visually would be tough had I no reference, which is why I decided to create the short.

I was convinced my story was great and that I wanted to tell it. So, bit the bullet and coughed up $5,000.00 to make this ‘teaser’ happen. With that money I hired a cinematographer, a grip, built a set, bought food, props, costumes and equipment. The biggest challenge was I could only afford one night to film everything. Production started at about 7:30 pm and ended 5:40 am. Man was I tired; we were all tired. I remember sleeping only 3 hours that morning before getting up (while everyone was asleep) and starting tear down the of set I’d spent so much time and money building.

After a month and a half of editing, color correcting and waiting on the score and foley to be finished: I was able to sigh with relief. The short was good. It held the tone and atmosphere I’d desired for the feature.

As for the feature, the rough script is complete and sits at 60 pages. The ‘one minute per page rule’ does not apply to this production. The short film was a page and a half and spanned just under seven minutes. I expect the feature to fall in the duration of about 80 minutes. That’s 80 minutes of great character driven atmospheric horror.

What I ask from you is to tell me what you think! What worked in the short? What should I consider going forward? And lastly, please share! The more eyes I have on the short the more likely the project is to be successful.

A Weeping in the Woods from Cailin Tamplin on Vimeo.