The Fantasia organized Frontières Market is the premiere event for filmmakers looking to take the next step in making their ideas into reality. For years Frontières has helped connect creative talent with the resources needed to translate great concepts into actual films. By putting writers, directors, and producers in the room with sales agents, distributors, packaging specialists, and festival programmers, these professionals are able to network and find ways to address the needs of each individual production.

This 2019 edition recently closed with another successful several successful rounds of project pitches, lectures, mentoring sessions, and informative panels sure to give an insight to the complex world of film production to not only the new kids on the block, but also veterans keeping up with the latest trends in genre film production and distribution.

Frontières 2019 presented three separate pitch sessions, the Official Selection, Created By Women, and Shorts to Features. We attended the Official Selection pitches, a group of twenty highly curated projects selected by Frontières organizers and wanted to share five of the most exciting and/or interesting sounding concepts brought by the various teams from around the world.

The fact that these are unproduced film projects means that nothing is set in stone at this point, and there's a very good possibility that many of these films might not find the resources they need. That means that these projects are in dire need of the kind of assistance that film markets like Frontières can provide. Here are projects that stood out to us. 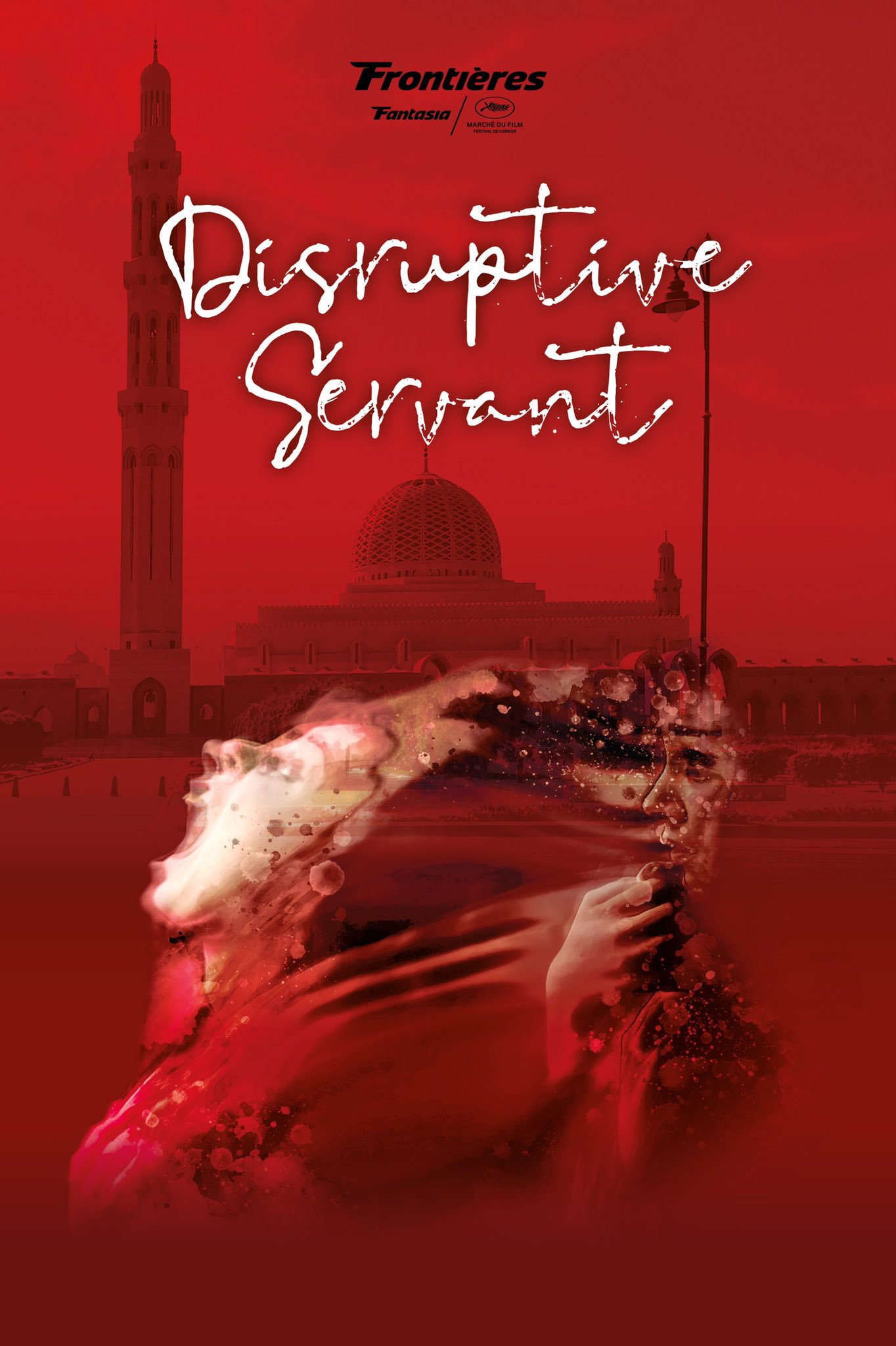 I am always ready for a film that does something I haven't seen before, and with Disruptive Servant we get a rare view into Islamic mysticism and demonology that intrigues me. Written and to be directed by Amal Al-Groobi, the film involves a Swedish family transplanted to Oman whose eldest teenage daughter's rebellion leads to the unleashing of a spirit within her determined to cause chaos.

Amal Al-Groobi has made several short films, but Disruptive Servant would be her first feature. I'm not familiar with many Arab women directors, and I'm sure that among that list, the number of filmmakers working in the genre space is even shorter, which intrigues me greatly about this peace. A film about a girl coming of age in a land that is not her own and confronting unfamiliar demons sounds fascinating. 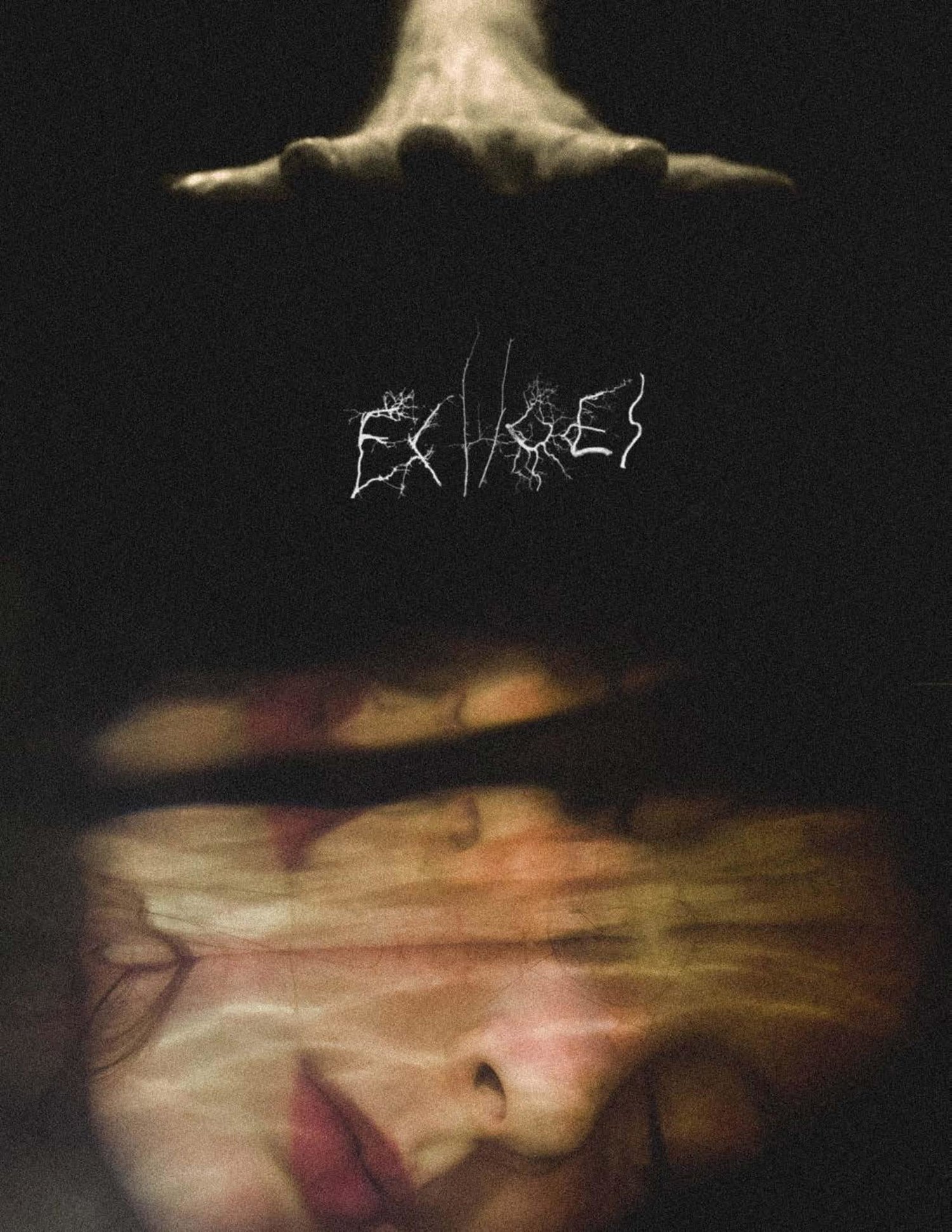 Sometimes the passion a filmmaker has for a project can really get you interested in the final product. With Echoes, writer/director J. Casey Modderno has created a story inspired by her own grief that feels as if it could be wonderful if translated to film.

Child-protective services is threatening to separate a pair of sisters if they can't find their birth mother, so they go back to the last place they knew her to be and discover ghostly goings-on to be claiming many of the residents of a small mountain town. If they are going to survive, they have to figure it out.

With plenty of haunting imagery and a solid pitch presentation, Echoes is a well thought out project that has a lot of potential. Modderno has made a couple of short films, with one of them, Pet Rituals, having already been selected as a Short of the Week from the website of the same name, Echoes would be her first feature. 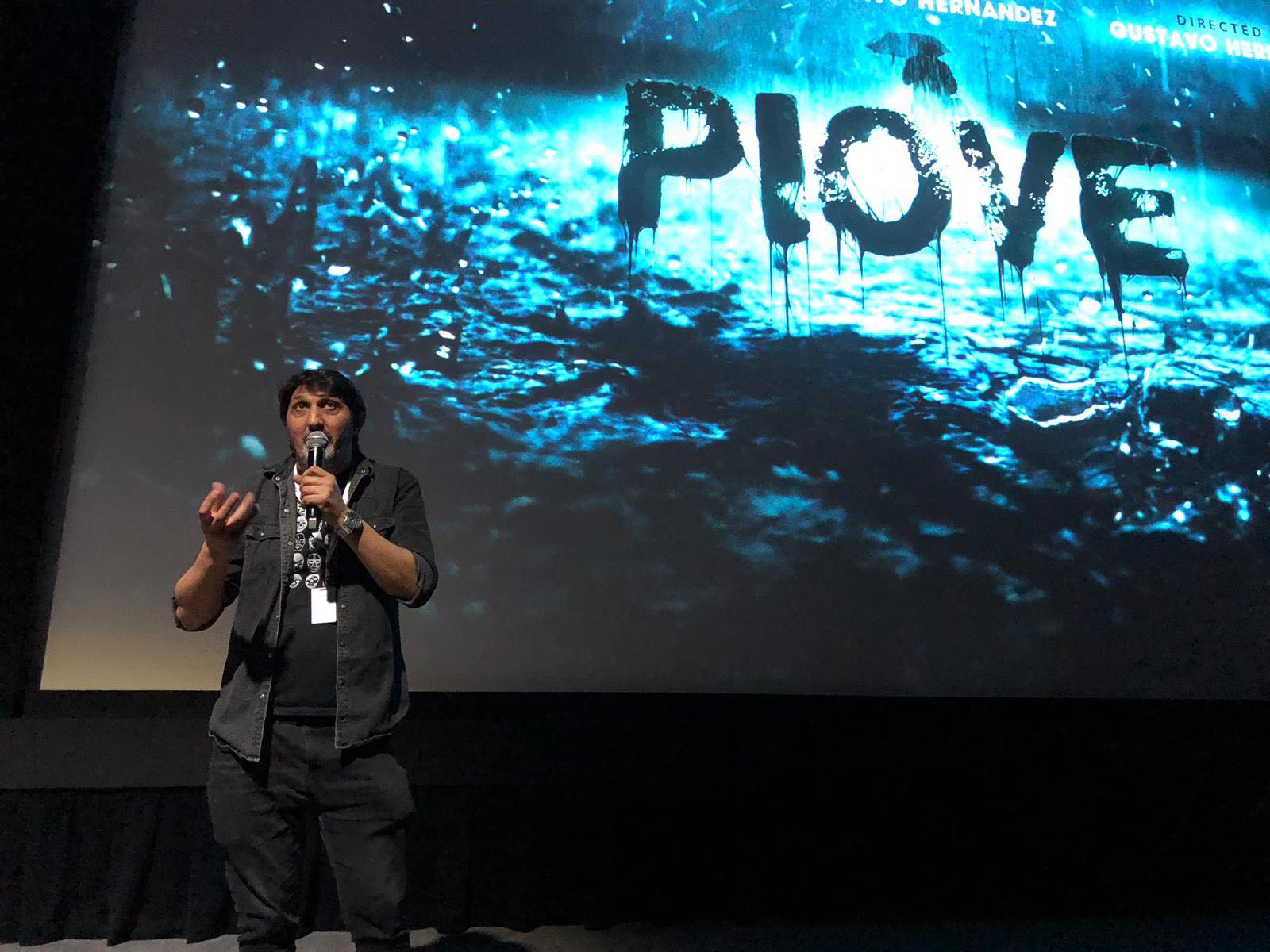 One element of film markets like Frontières is that you occasionally get to see how to sausage is made. Even established filmmakers frequently need to look outside of their normal channels for assistance in creating their next film, and it was interesting to see that with Piove. Director Gustavo Hernández has made a number of successful horror films over the last decade, including La Casa Muda, You Shall Not Sleep, and Local God. With Piove he turns his eye for a story taking place in Rome, far from his typical stomping grounds in Venezuela.

Piove (It's Raining) is the tale of a mysterious torrential rain that brings up memories from deep within the earth. As thousands around the area are suddenly confronted by their worst fears and insecurities, the film focuses on a single family whose past makes them vulnerable to this curse and to one another.

It's a great concept and with Gustavo Hernández's track record, I'm excited to see Piove hit screens in the next year or two. 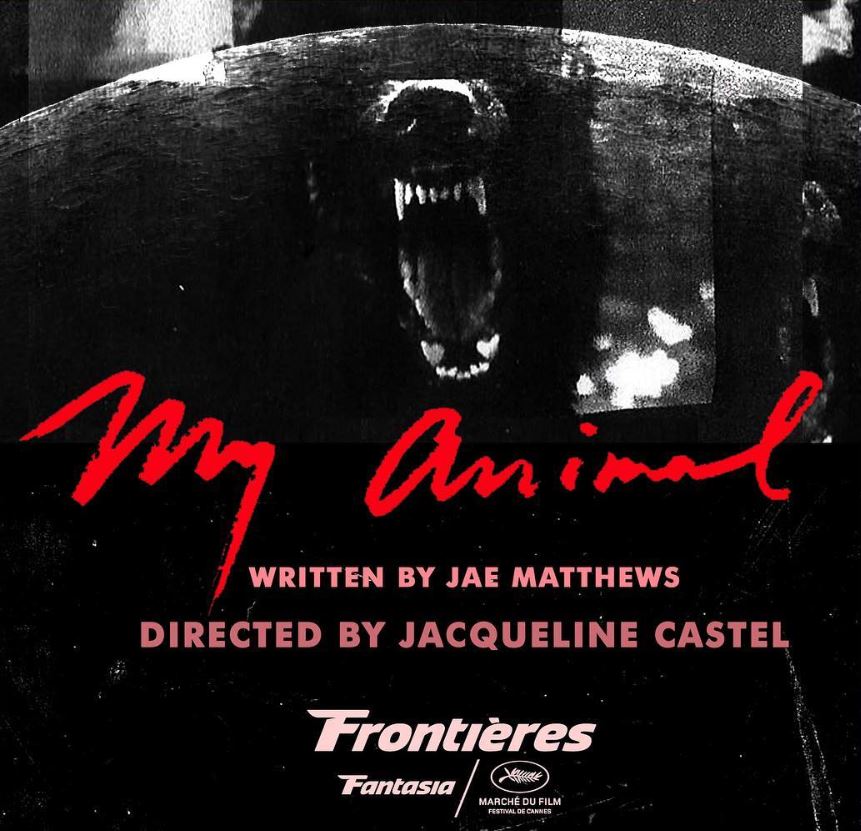 Another project inspired by a filmmaker's real world experience is My Animal, written by Jae Matthews and to be directed by Jacqueline Castel. The film involves a young girl in a New York hockey town struggling to find her place in the world. She doesn't fit in anywhere, and the places she tries to fit in (the local hockey team), she's shunned from (because she's a girl). When she unexpectedly finds herself in love with another girl from town, it awakens something within her that she wasn't ready for. Her animal is violent and unpredictable, but it's also a generational reality in her family that she wasn't aware of.

Much like Carrie and Blue My Mind before it, My Animal tackles female adolescence through the methaphor of physical transformations. Castel has a solid vision of how this would be accomplished and the vision she presented, one full of '80s style neons and pinks, fits in very well with the genre film zeitgeist that has been the predominant trend over the last several years. If I had to bet on any of the pitches to make it the big screen, I'd bet on My Animal. 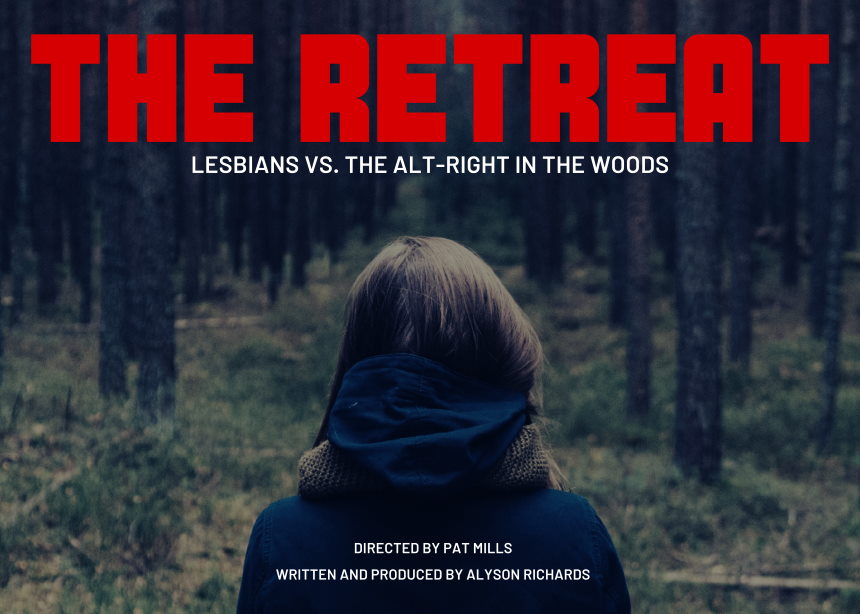 As the genre film world seems to be making a rather rapid pivot toward more topical stories, many filmmakers are choosing to leave levity behind in favor of more serious-minded fare in the wake of major successes like The Witch, Get Out, Hereditary, and other titles in the so-called "elevated horror" boom. While I love a lot of these films and, like any other hardcore horror fan, I realize that the genre has always had a serious side, I do quite enjoy a bit of excitement with my scares. As a result, the vast majority of the horror-skewing pitches at Frontières this year played things fairly straight and slow, with only maybe a few breaking that mold.

One of the most exciting for me seems like a wonderful combination of both topical subject matter and straight-up home invasion terror, The Retreat. While there's nothing in the film's description - a lesbian couple stalked by an alt-right group as they attempt to mend their relationship on a weekend outing in a remote cabin in the woods - that would lead one to believe that it's particularly light-hearted, the presentation by writer Alyson Richards and director Pat Mills had an infectious energy that med me to believe that this film is bound to be thrilling in the best possible way. Add to that the presence of a gay couple in the center of this madness and you've got a film with a built-in market that could be truly energizing to a genre wherein LGBT participation is largely ancillary at best.