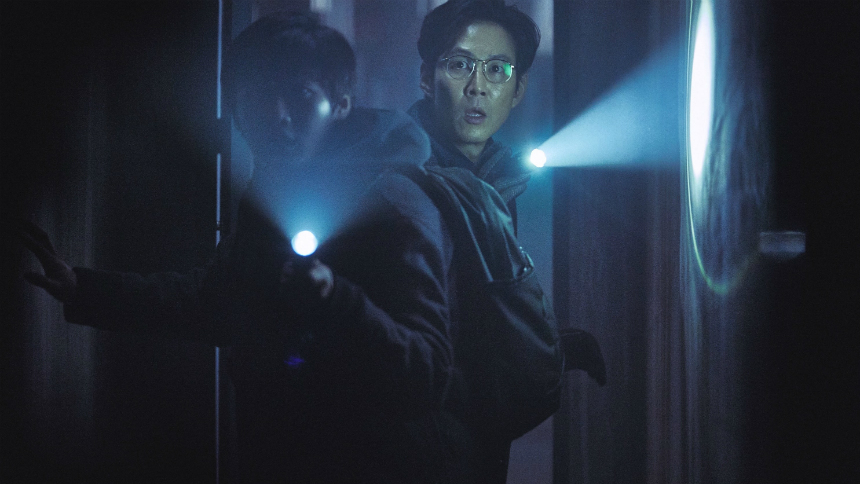 Two Asian series dropped on Netflix over the weekend: A Thousand Goodnights, from Taiwan and Arthdal Chronicles from South Korea.

The former begins on a contemplative, nostalgic tone as two young people retrace their childhood and experience deep emotions. Each of the 10 episodes runs more than 70 minutes and the series is not my cup of tea, but melodrama fans may want to check it out. The latter is available weekly; two episodes are available so far, but it looks more action-oriented or, at least, more historic.

Of greater interest to me personally at the moment, especially after binging Good Omens on Amazon Prime, was another series that takes a secular approach to a spiritual subject matter, but from a radically different perspective.

While Good Omens takes on centuries of Judeo-Christian teachings from a comic standpoint, Svaha: The Sixth Finger looks at a cult that has departed radically from Buddhism in search of a greater salvation.

Jang Jae-hyun previously wrote and directed The Priests (2015), which revolved around a possessed girl. This time, the story picks up by following Pastor Park, who runs a religious institute dedicated to exposing suspicious religious activity. (The "institute" appears to be himself and a kinda loopy secretary.)

Park gets a tip on a new cult, which includes a member suspected of murder. The separate police and religious investigations soon collide and merge, as potentially disturbing details about the cult are revealed.

While I readily admit that I am not well-versed in modern Korean cinema, Svaha feels mighty diffuse. Various plot threads are laid out in loose fashion without much drama or mystery or suspense to make them compelling. And the characters nearly all walk around as though in a daze.

Summing up: I'm fine with deliberately-paced tales that are not in a rush to make their points, but I'm afraid I found little here to recommend, beyond its ambition. Help yourself.