A Dream Realized Getting “Crazy Famous” 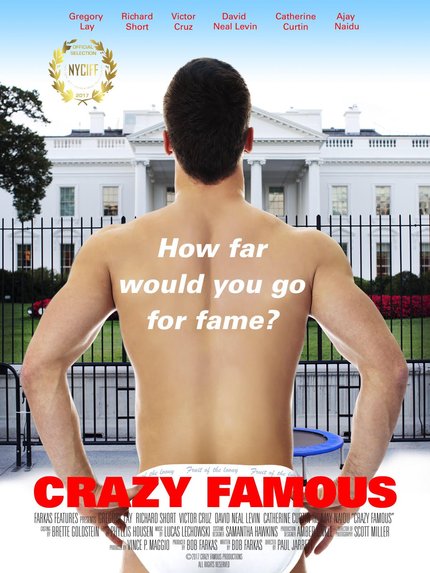 New York, New York - April 3, 2017 - In a world full of smartphones and viral sensations, the opportunity for the everyman to claim their 15 minutes of fame is now more attainable than ever. This was not always the case for independent filmmaker Bob Farkas, who has been on a 30 year journey that ultimately led him to write & produce Crazy Famous. Screening this week at the New York City International Film Festival (NYCIFF), Crazy Famous takes a light-hearted look at how far one man is willing to go for fame.

Farkas has had Hollywood dreams for years. Barriers to entry into the field of screenwriting seemed insurmountable.  Farkas said, “since my early 20s, I wanted to be a screenwriter and have my scripts made into movies.  But because I felt that screenwriting was too competitive and I didn’t have any financing to make a film, I put that ambition on the shelf.”

52 year old Farkas was inspired to write and produce his first feature in 2016, two years after his mother’s passing. Farkas candidly shared, “After she passed away, I finally stopped talking about making a film and actually did it.  Her passing taught me that we’re only on this earth for a short period of time, so we might as well do what we really want to do while we’re here.”

Do you feel this content is inappropriate or infringes upon your rights? Click here to report it, or see our DMCA policy.
BobFarkasCircusRoadCrazyFamousFilmFestivalIndieFilmNew York City International Film FestivalNewYorkNewYorkCityNYCIFFNYCIFF2017