Have Your Say: Which Size Matters Most? 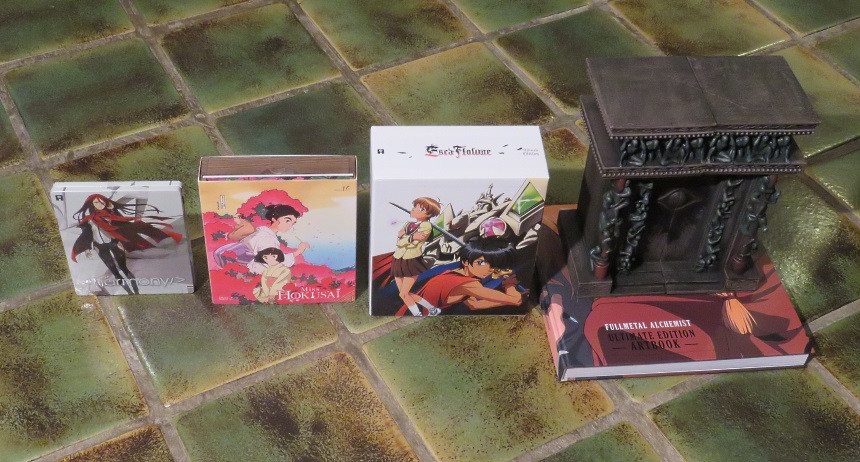 While a great many people these days download films, legally or illegally, I'm one of the stalwart few who prefers his media on discs and/or books. People have reacted scornful, called me stupid for buying stuff which can be stolen for free, have asked me if I've really seen and read everything I own... Some even tried to explain the "Internet" to me, which is nice of them.
Call me old-fashioned, but I want to have something which I can hold in my hands. Something that, for as long as time and natural deterioration allows it, I can watch, or read, or show, or lend, as I please. In the version which I want, and not the one which just happens to be available at that time.

Last week was a crazy one for me as a Blu-ray collector, when three different specialty sets I ordered throughout the year all arrived within a timespan of 48 hours. Each of them was great in its own right (check them out here, here and here) but differed in size, approach and price. Which made me wonder: what attracted me to each of them? Would I want all my owned favorite films looking like the biggest one? Probably not, as that would be too bulky and pricy. But when is smaller sometimes better?

So that is going to be the question of the week. Think of your favorite films or series of all times. Then look at the picture above, with the four different formats: a regular pretty steelbook (around 25 USD), a novelty case (around 50 USD), an oversized ultimate box (around 100 USD), and the Monster of Disc-enstein (around... ehm... more).

For your most favorite films, where is the sweet spot where pimping and pricing meet? Chime in, in the comments below, and HAVE YOUR SAY!