Exclusive Clip: LETTERS FROM BAGHDAD Testifies to the Strength of Gertrude Bell 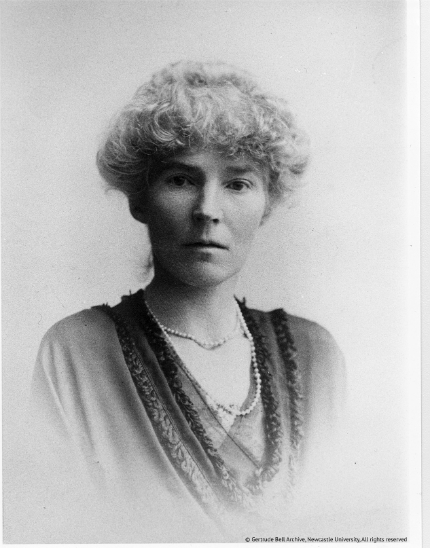 Set to enjoy its North American premiere at Doc NYC this coming Saturday, November 12, Letters From Baghdad is a documentary about Gertrude Bell, who became, arguably, the most powerful woman in the British Empire in the days after World War I.

Bell left behind a treasure trove of letters that provide insight into her thinking and also her experiences during that period. In the documentary, Tilda Swinton voices Bell; other actors and actresses dramatize more people from that time period, who comment on Bell and events in the Middle East.

Zeva Oelbaum and Sabine Krayenbühl directed. More than 500 never-before-seen film clips have been assembled from 25 archives from around the world. Here's an excerpt from the official verbiage:

The voices of Bell and her contemporaries, culled from letters, diaries and official documents, recount the wry and increasingly tragic story of colonialism and early nation-building going on behind these beguiling scenes. Bell's letters (she left over 1,600) are wonderfully written -- insightful, witty, intrepid. They reveal a woman devoted to her English family but struck with a wanderlust that couldn't be denied, a woman enraptured with an Arab culture that discounted women, and an Oxford idealist enmeshed in the realpolitik of oil and empire. They also discover a lonely woman, twice robbed of men she loved, once by war and once by social prejudice.

Early in Letters from Baghdad, Vita Sackville-West says of Gertrude Bell, "I had known her first in Constantinople where she'd arrived straight out of the desert with all the evening dresses, cutlery and napery she insisted on taking with her on her wanderings." Sackville-West, an intimate of Virginia Woolf, knew an unconventional woman when she met one.

Bell was a fearless explorer, a renowned Arabist, the indispensable woman in an old boy British intelligence service, and an advocate for Arab independence after World War I. Historians if not popular culture grant her far more credit than T.E. Lawrence for shaping today's Middle East. Lawrence cribbed from Bell's personal knowledge of Arab tribes to raise his famous Arab revolt; Bell went on to help found the nation of Iraq. Lawrence of Arabia, in fact, admired Bell, if hitting a note rather different than Sackville-West's: "A wonderful person. Not very like a woman, you know."

Our exclusive clip features a retired military veteran explaining why he admires her, and why her story is worth telling. You can watch the clip below. The film will be screening at more festivals in the weeks to come. Visit the official site for more information.