Four Friends, Twenty Two Kilos Of Coke. Check Out The Trailer For HOMIES. 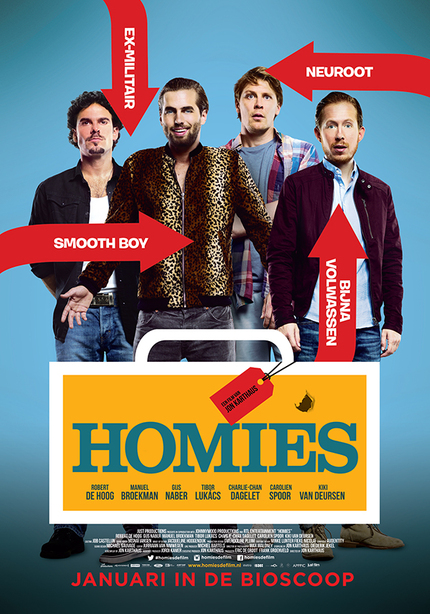 Dutch helmer Jon Karthaus makes his feature debut with Homies, an action comedy that opened strong in the Netherlands late in January. Love Eternal star Robert de Hoog takes the lead as Timo, one of a group of friends swept up in events waaaaaaaay outside of their control.

After they accidentally get involved in a messy drugs conflict, four inept roommates need to sell 22 kilos of cocaine within a week to square things with the Russian mobsters they now owe money.

For those unfamiliar with such things, I'm told 22 kilos of cocaine is rather a lot. Yep. We've got an English subtitled trailer for this one for you to check out, take a look below.