Steve Coogan Is In DOUBT 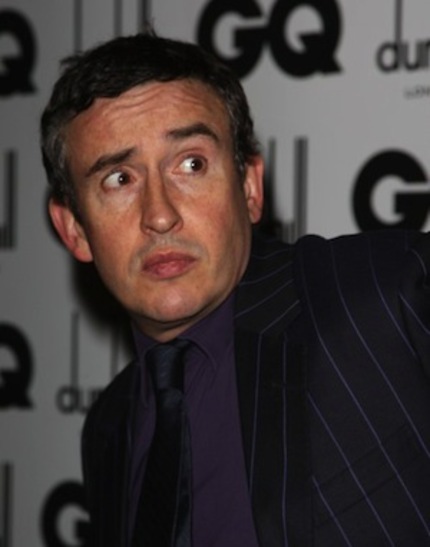 In Michael Winterbottom's The Trip Steve Coogan stars as a slightly manically magnified version of himself. The film has a rather hilarious running gag, and then clever nightmare sequence, wherein the actor-comedian deflects an offer to star in a U.S. TV drama. Knowing this makes the news that Coogan has signed on to star in House creator David Shore's new drama pilot Doubt all the more amusing.

Set up at ABC, Doubt has Coogan playing a cop-turned-lawyer, which as an idea on paper just sounds ho-hum, but in the hands of the smarmy/charming Coogan, and with the capably twisted and eccentric writing of Shore (who helped make Brit Hugh Laurie a "house"hold name in America), this could be damn good.

If the pilot clicks with ABC execs, then come next Fall us Americans can look for a healthy dose of Coogan every week. Which is surely something we need to help us come to our senses, no?
Tweet Post Submit