Return To Middle Earth With THE HUNT FOR GOLLUM! 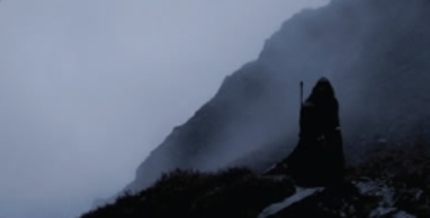 The fan film has come a long, long way. That almost goes without saying these days as more and more independent film makers tackle established worlds to prove their chops but here comes yet another example with Chris Bouchard's The Hunt For Gollum. As you might guess from the title, Bouchard and a crew of over a hundred volunteers have been working more than two years to bring a story from Middle Earth to the screen, a story referenced in the appendices of JRR Tolkein's The Lord of the Rings but never actually written down in detail.

Now, we've had impressive Star Wars fan films in the past and impressive Superman and Batman films, too, but this appears to be the first time anyone has taken a solid run at The Lord of the Rings. And for good reason, frankly. I've long maintained that the sword and sorcery film is one of the toughest genres to pull off believably regardless of budget and resources and that makes what Bouchard has accomplished here all the more impressive because every aspect of this - from the cinematography to the creature makeup to the weaponry to the acting - is all absolutely spot on.

The Hunt For Gollum will have its World Premiere on May 3rd as part of the Sci Fi London festival - it will be uploaded to Daily Motion at the same time for fans outside of London - and we have both the trailer and an exclusive clip below the break.

Quiet Earth have another clip here